With a manufacturing history stretching back over 100 years, Norica are a traditional Spanish manufacturer that are a byword for quality and durability. Known for incredible air rifles like the Phantom and the Dead Eye they have built a reputation for offering 'lifelong airguns'.

Founded in the Northern Spanish town of Eibar, Norica Airguns operates multiple factories based on the same plot, and constructs all their own pieces. Having survived through two World Wars, several recessions and boom periods, the company is as robust and long lasting as the air rifles and pistols it produces.

In 2014, Norica Airguns participates as sponsor in the 51st World Championships Olympic Shooting held in Spain. Following such high profile, Norica continues its global expansion to a point where 93% of production are exported to 56 countries around the world.

At Pellpax, we are honoured to stock a variety of Norica air rifles, air pistols and accessories, including the Norica Dragon, the Norica Dead Eye Camo air rifles, and excellent ammunition like the Hollow Point and Monster pellets. There's also the phenomenal scopes such as the AO Magnum Scope to look out for. 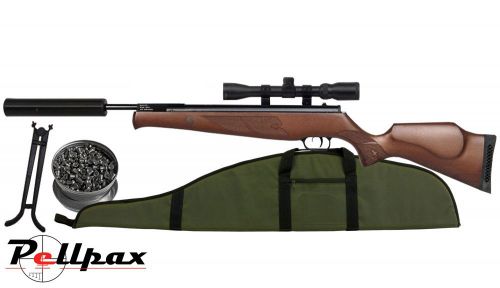